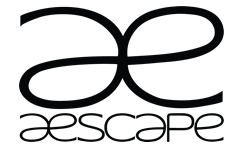 Ancestry.com is the world’s largest online resource for family history; its mission is to help users discover, preserve and share their family genealogy. The foundation of its service is an extensive collection of historical records, which the company digitized, indexed and put online. Crosslink invested in Ancestry.com in 2005.

At the time of Crosslink’s investment, Ancestry.com was the clear market leader in online genealogical information space, with no meaningfully close competitors. The company had also built significant entry barriers, having spent years building its databases from millions of paper-based historical records. Ancestry.com charges consumers an annual or monthly subscription to access the service, which produced a valuable recurring-revenue base with high gross margins and health cash generation.

Crosslink was instrumental in bringing on Tim Sullivan as CEO at Ancestry.com and provided invaluable advice and support as the company prepared and eventually went public in late 2009. Ancestry.com was later acquired in October 2012 by a group led by private equity firm Permira.

Data insights and predictions for insurers of residential properties

Bleacher Report is the leading digital destination for team-specific sports content and real-time event coverage, and is one of the fastest-growing digital properties in the U.S. Bleacher Report’s editorial and video teams, led by a growing roster of lead writers and premier contributors, create hundreds of pieces of content per day to provide fans with the most comprehensive experience for their favorite teams and topics across all major sports.

Crosslink led a $10M investment in Bleacher Report in December 2010, and worked with the company to build a crowdsourced publishing platform to disrupt ESPN, helped them hire a direct sales team to monetize pageviews, and enabled them to tap into the greenfield opportunity of local and second tier sports.

All in one platform that provides comprehensive insights and actionable data needed for security leaders to effectively measure, optimize, and communicate their security program

Automated detection and takedown of phishing and counterfeit websites 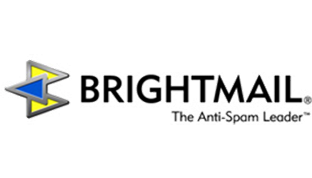 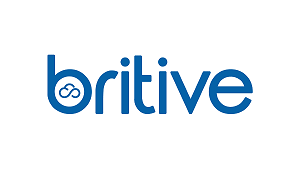 BuildingConnected is the leading construction bid-management platform. The platform centralizes the bid management process and simplifies communication to make finding, qualifying and selecting the right subcontractors or responding to the right project opportunities fast and easy. Owners and general contractors use BuildingConnected to manage the bidding, qualification and bid evaluation process from one central location, while subcontractors and vendors can manage their opportunities and win more work. BuildingConnected’s customers include Turner Construction, McCarthy, Mortenson, StructureTone, Skanska, Clark Construction, Ryan Companies and AECOM.

Crosslink led an $8.5M investment in BuildingConnected in March of 2015, and worked closely with the company to build the largest and most active digital network in the construction industry, helping to build out a GTM team and raise subsequent rounds of financing.

Casper Sleep is a direct to consumer e-commerce business selling mattresses and accessories online. The company is part of a new wave of e-commerce companies, building vertically integrated premium brands. The result is affordable, but high quality products for consumers and good gross margins for the business. The company directly sources and sells only its own Casper-branded products on their website, in Casper retail stores and through partnerships with online and in-store retailers such as Amazon and Target.

Crosslink first participated in the Casper’s Series Seed financing in 2014 to support their initial product launch. Casper went public in 2020 on the NYSE under the ticker CSPR.

Personal benefits platform for the next generation of independent workers 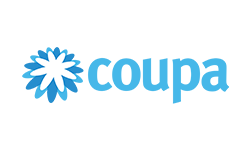 Coupa is an emerging category leader in cloud procurement management, a large market dominated by large legacy software. The company has developed a best-in-class SaaS solution with a clear value proposition in getting visibility of and controlling indirect spending as well as creating spend, time, and headcount savings. Crosslink has worked with Coupa on sales force productivity measurement, recruited strong independent board members, and brought broad insights from other SaaS and enterprise applications companies to the board room.

Equinix’s network neutral peering approach was unique in the industry at the time of investment, providing a critical advantage; every other competitor was owned by an IP services provider which bundled communications and data center services. The company’s strong competitive position could enable the company to increase utilization rates and get to profitability quickly. Equinix’s strong management team, led by CEO Peter Van Camp, formerly of CompuServe, was well poised to execute against the market opportunity.

Post investment, Crosslink played a key role in assisting the management team in evaluating corporate development options, including acquisition candidates. Crosslink also worked closely with management in evaluating the various debt financing alternatives available to the company to fund growth, and guided management in repositioning the business to Wall Street.

A culture benefits platform that supports HR and people teams

Flo is a smart home solution that detects and prevents home water damage. Water damage is one of the largest sources of costs to homeowners and home insurance companies across the globe. Flo defined the market for smart home water leak prevention through its connected hardware + software water control system that proactively detects and prevents water damage in the home to help save consumers and insurance companies money, while empowering consumers to control their water usage and waste.

Crosslink first participated in the company’s seed round in 2015 and preemptively led the Series A in 2017, joining the Board of Directors. The Crosslink team helped augment Flo’s management team, iterate the business model and GTM strategy, and eventually manage the sale process to a strategic acquiror in Moen (Fortune Brands) in 2020. 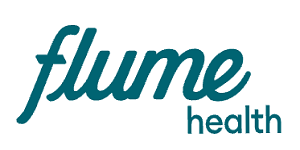 The infrastructure layer for a new generation of health plans

Automating sales compensation for the enterprise

A cloud-based platform for collaboration on creative projects

SaaS system to collaboratively manage goals and OKRs across organizations 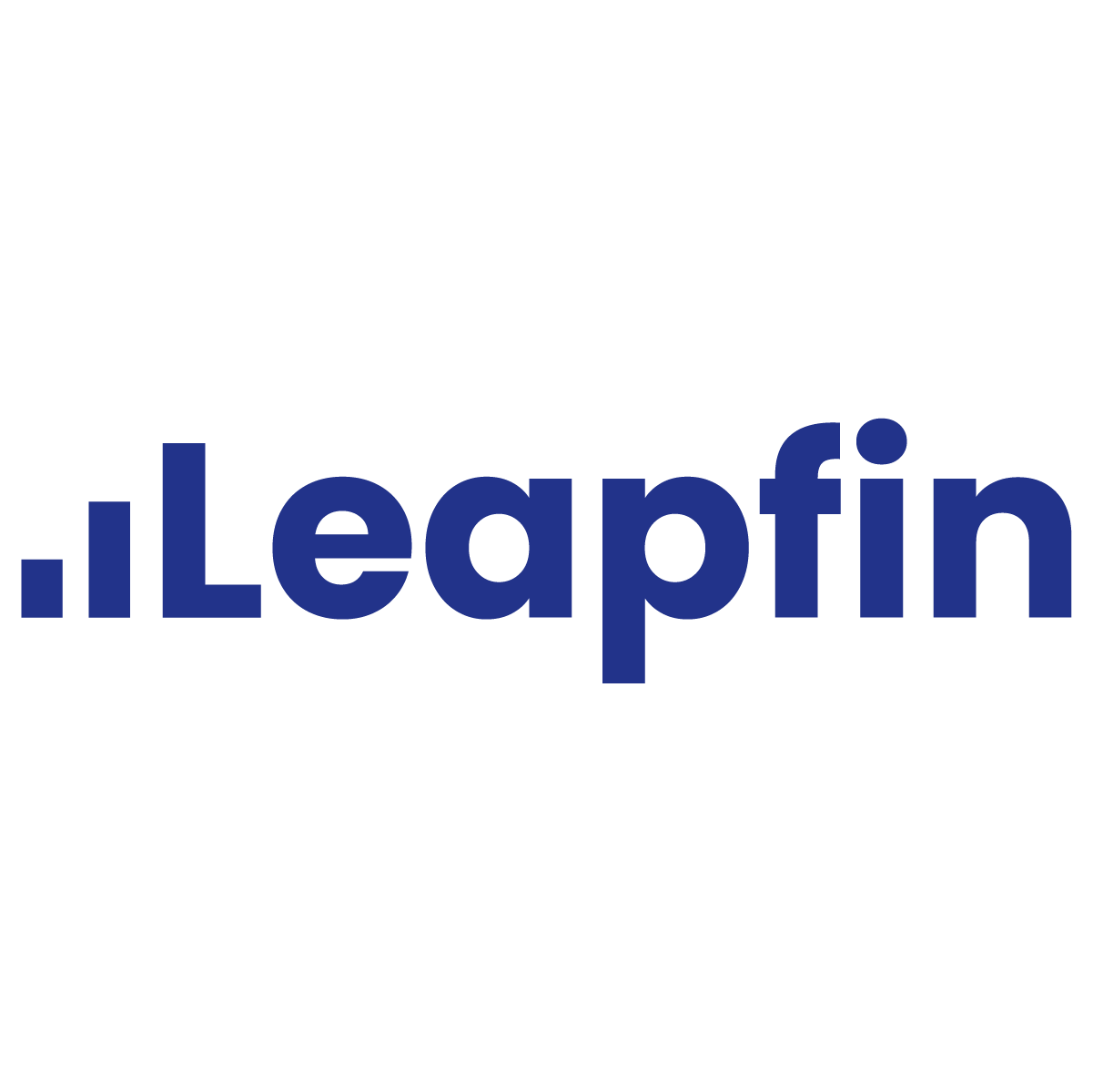 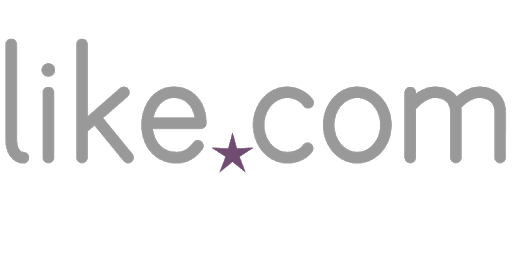 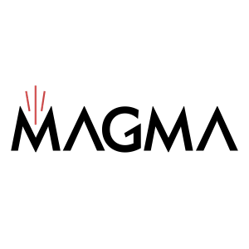 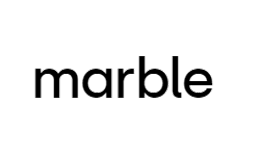 Mercury’s platform allows colleges and universities to deepen fan engagement while providing athletes with a platform to build their brands, share their stories and unlock new streams of revenue

Providing high-resolution, updated imagery with the largest zero-emission balloon fleet in the stratosphere

An audience engagement platform built for creators and community builders

A modern banking platform for SMBs

Omniture provided e-commerce and other online merchants with a solution for measuring site traffic, advertising, SEM (search engine marketing) performance, source of sales, e-commerce transaction flow, and effectiveness of website and marketing initiatives. Crosslink invested in Omniture in 2006 after following the company for a number of years.

Omniture’s target market customers were websites for e-commerce, lead generation or content publication. At the time of the investment, companies in these industry verticals spent approximately $8.4 billion annually for online advertising, a figure that was expected to grow rapidly over the next several years.

At the time of the investment, Omniture was the clear leader in web analytics from both revenue and market share perspectives, owning 44% of the total global web analytics market for the top 500 websites worldwide. Additionally, in the twelve months prior to the investment, the company grew its customer base from 400 to 1,000, while doubling revenues. The nature of its customer contracts created as much as twelve-month visibility into the company’s revenue pipeline.

Following the investment, Crosslink provided capital markets support and insights to the management team both during and after its IPO in 2006. Omniture was later acquired by Adobe in September 2009.

Pandora Media operates the leading Internet radio business in the United States and monetizes its service with subscriptions as well as display, audio and video advertising across a diversified set of platforms. Pandora’s advertising products give brand advertisers the ability to powerfully target listeners with a unique set of attributes including age, gender, zip code and music preferences. Crosslink led the first institutional round in Pandora in October 2005.

At the time of the investment, the market for Internet music discovery was expected to grow significantly. Satellite radio services XM and Sirius had approximately 10MM subscribers, each paying $15 per month. Crosslink believed Pandora had the potential to be an application that could grow extremely quickly and inexpensively through viral expansion. Additionally, unlike traditional radio, Pandora allows advertisers to target users with a granularity far beyond the standard demographic information otherwise available as the individual by individual listening patterns reveal tremendously valuable data to marketers.

As a contingency to our investment, Crosslink led the board to accept a new business model of free ad-supported structure and assisted in the development of a revised financial model. Crosslink worked in partnership with management to develop refined metrics for free and ad supported services that would enable a compelling marketing message for Pandora as an alternative online channel for brand advertisers.

Personal Capital is a remote-delivery, industry-leading digital wealth management company that helps people transform their financial lives through technology and advisory services. The company’s state-of-the-art tools and technology provide investors with a complete financial picture, utilized by over 2.5 million customers. Its registered investment advisors provide expert guidance, and customized strategies, based on a personal understanding of an investor’s financial picture and goals.

Crosslink first invested in Personal Capital in 2013 to support their aggressive product and growth roadmap. Crosslink supported Personal Capital through four additional rounds of financing between 2014-2019 as the company grew to $13B of assets under management. Crosslink was an active board member and helped guide the company through its acquisition to Empower Retirement for $1B in 2020.

Platform for prescription management and delivery

Local, on-demand delivery from any merchant

Postmates is the leading operator of an on-demand delivery platform intended to transform the way goods move around cities. The company built a game-changing logistics platform that connects customers with local couriers who can deliver anything from stores and restaurants in minutes, enabling communities to shop locally quickly.

Crosslink first invested in Postmates’ seed round in November 2011 and continued to support the company through follow-on investments and strategic partnership introductions. In July 2020, UBER announced its acquisition of Postmates for $2.65B.

AI and drone platform to digitize and inspect critical infrastructure

ML platform that reads and summarizes documents for enterprises and governments

A digital security and privacy company, that offers proactive, light-touch security solutions that put users and their privacy first

The first low-code, high-speed Security Orchestration, Automation and Response Platform built on a Unified Data Layer. Next-gen SOAR gives SOC teams the power to work smarter, faster and more effectively than ever before 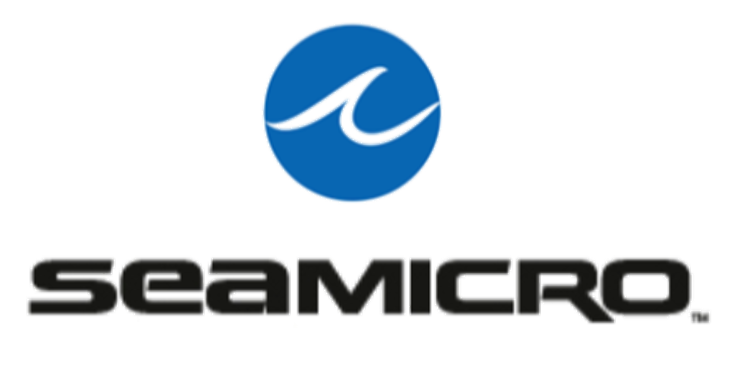 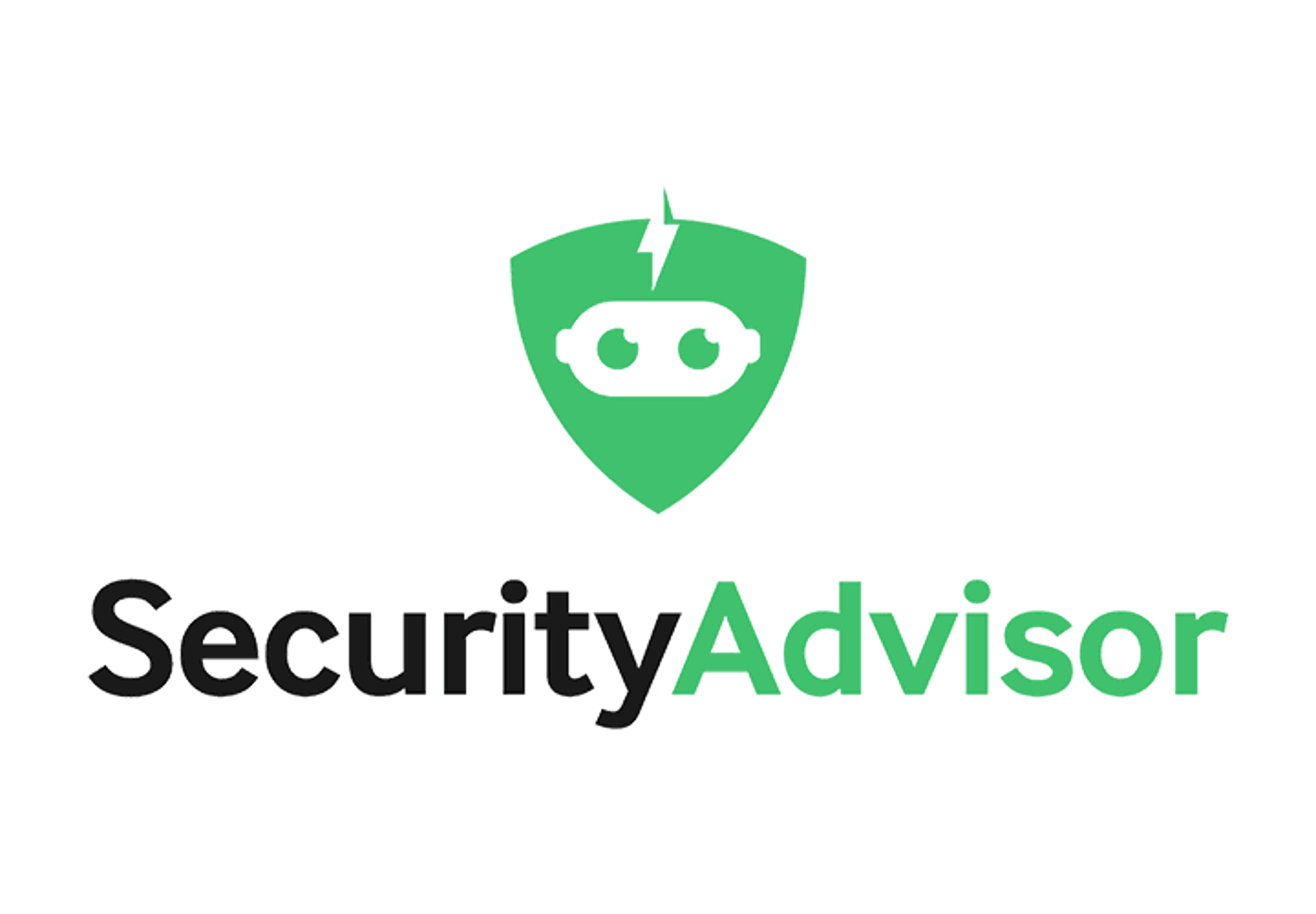 ServiceMax is a leading cloud-based field service management software solutions provider to the more than 5 million field technicians in the US and the tens of millions around the globe. The company’s software includes a full suite of applications, including inventory and parts, scheduling and workforce optimization and work order management. Key customers include GE, PTC, Philips, NTT Docomo, Pitney Bowes, DuPont, ADT, Mizuho and Schneider Electric.

In January 2017 GE Digital Systems (GE) closed on the acquisition of ServiceMax for approximately $945 million. Crosslink led the first investment in ServiceMax in November 2012 and served on its Board of Directors through the acquisition. 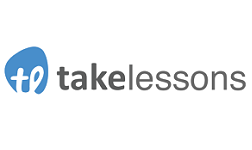 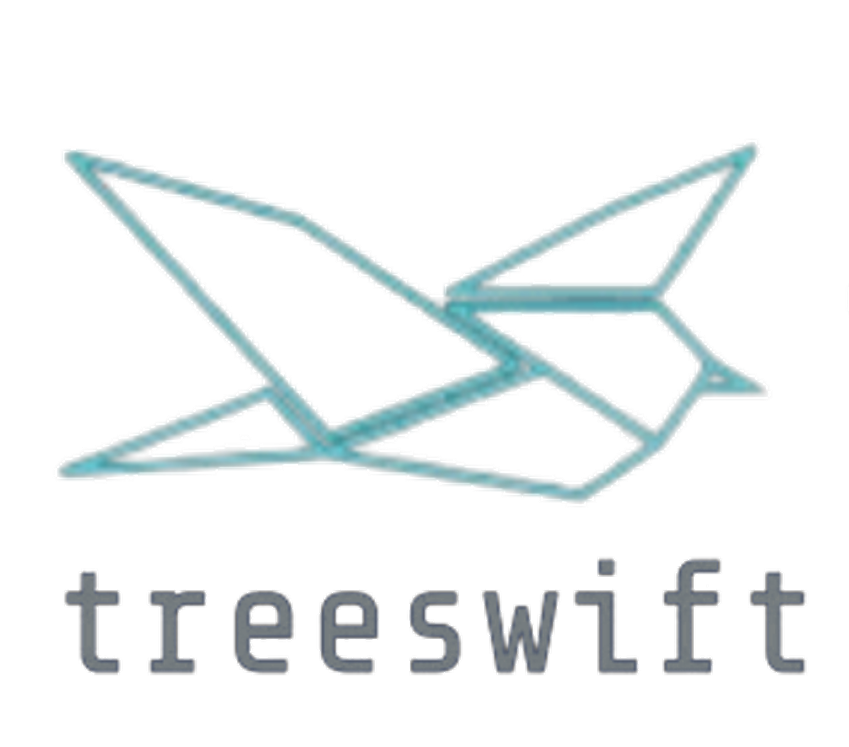 Crosslink first invested in Verodin in its initial seed round in 2015. Crosslink was closely involved in shaping the initial executive team, and was responsible for multiple introductions to sales relationships that resulted in millions of dollars of bookings for Verodin. In 2019, Verodin was acquired by FireEye for approximately $300M.

Vungle is the leading mobile in-app advertising platform for developers looking to place video ads in their apps. Its performance marketing software uses creative and LTV optimization technologies to help businesses reach and acquire high value customers. The explosion of media consumption on mobile devices and the challenges of new video formats created an opportunity for innovation in the modalities of app discovery. Vungle’s core delivery technology, creative expertise, and AI-driven optimization coupled with its deep network of publisher partnerships drives premium performance for customers.

Crosslink first participated in the company’s seed round in 2011, supporting the company to focus on product development and commercialization. Crosslink preemptively led the Series A in 2012, joining the Board of Directors. The Crosslink team helped to manage the sale process after receieving a strategic bid to be acquired by Blackstone for $773M in cash in 2019.

Modernizing the way small businesses communicate and interact with their customers 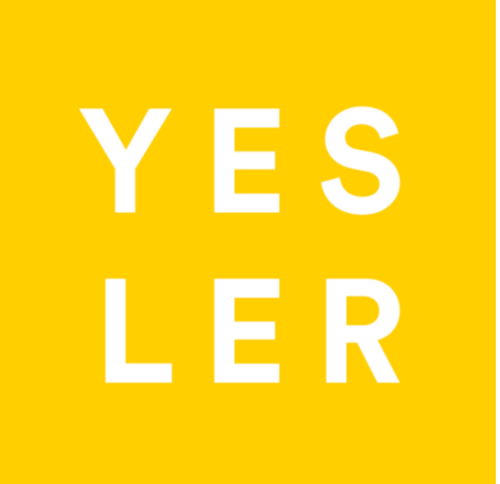 Integrates, orchestrates, and automates security throughout the code development lifecycle